Over the last 5 weeks, the Derbyshire Cricket Board has run an indoor softball competition at Willows Sports Centre. Last Sunday was the final week of fixtures. A double round-robin format meant each team was to play 10 games each. After the first 4 weeks, all teams have played 8 matches and the league was very finely poised before the last week. Ilkeston Rutland and Long Eaton were at the top of the league with 21 and 18 points! Closely behind was Hilton, who were sat on 15 points.

After the final round of fixtures, Long Eaton couldn’t quite overhaul Ilkeston’s points total. Which meant Ilkeston Rutland were the winners, finishing with an impressive 27 points out of a possible 30!!

Following the final game, Charlie Storr thanked all the teams for taking part and supporting the competition and Willows Sports Centre for doing a great job hosting the event. Charlie then presented the winner’s trophy to Ilkeston captain Charlotte Flindall and the celebrations began!

Three teams had an opportunity to win the competition on the final week however the competition was very closely contested throughout, with all teams looking like beating everyone else. Results were never certain and this shows how good the standard was as well as how much everyone improved over the 5 weeks. This competition has seen 6 teams enter, registering over 70 players to take part has been a great opportunity for women who participated in our summer softball offer to further showcase their skills as well as prepare for the coming season. The indoor format was new to some of the players but they have adapted their skills very impressively over the 5 weeks. It has been a very exciting and enjoyable competition!

What has been great to see is the amount of support each team has been bringing with them. It is very encouraging for the women’s game that this competition has been so well supported and shows that the clubs involved are placing some focus on their women and girls sections.

Congratulations Ilkeston Rutland! And good luck to all the teams going forward into the summer!!

Over the last 5 weeks, the Derbyshire Cricket Board has run an indoor softball competition at Willows Sports Centre. Last Sunday was the final week of fixtures.

Saturday evening saw over 150 people attend the Derbyshire Women and Girls Presentation Evening at the Pattonair County Ground Pavilion in celebration of the 2019 season.

The disability cricket programme ran by the DCB has continued to grow in 2019/20 with the DCB working closely with The Lord’s Taverners. 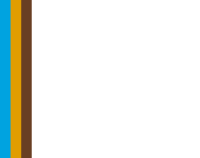